A divey, unpretentious pub specializing in absinthe – a high-proof grain alcohol made with anise, fennel, and wormwood with a strong black licorice essence.

The tavern dates as far back as the 1830s. During the Prohibition, it was owned by Frank Hoffman, a Bavarian-born well-connected bootlegger whose friends included politicians, policemen and the young Al Capone, the most notorious gangster of all times and a frequent patron. The spot operated as a speakeasy hiding behind the neighboring butcher shop, jazz club, and brothel.

Hoffman and his girlfriend made an unsuccessful attempt to run away with 10 million in cash only to be gunned down by their own body-guard who has never been caught. The two million which didn’t fit into their pockets were left behind in a basement safe.

The safe was discovered in the 1960s when Howard Otway, an actor, playwright, and father of the current owner, purchased the building from William Scheib, the previous manager. Familiar with historical precedents, Otway asked Scheib to give him a hand instead of opening the safe by himself. All two million dollars found in the safe ended up in Scheib’s pocket. Even though Otway didn’t get a penny from the old bootlegger’s fortune, he walked away in one piece and with peace of mind.

The building that houses the Tavern, the Museum of the American Gangster and Theatre 80, has been owned by the Otway family ever since.

The Tavern specializes in absinthe which was originally developed as a medicine. People soon learned it could also get you drunk and by the mid-1800s, absinthe became more popular than wine, which didn’t sit well with wine producers. Possibly due to the plotting of the competing wine industry, absinthe became portrayed as a dangerously addictive psychoactive drug and hallucinogen.

Absinthe, AKA “the green fairy,” a drink liberally enjoyed by hoards of famed bohemians acquired the aura of a highly addictive drug substance and was banned in the US and in most of Europe in 1915. Although absinthe was vilified, it is not any more dangerous than ordinary spirits, only stronger.

In 2007, the ban on absinthe was lifted and William Barnacle Tavern became just the place to enjoy the drink on a cold winter day. 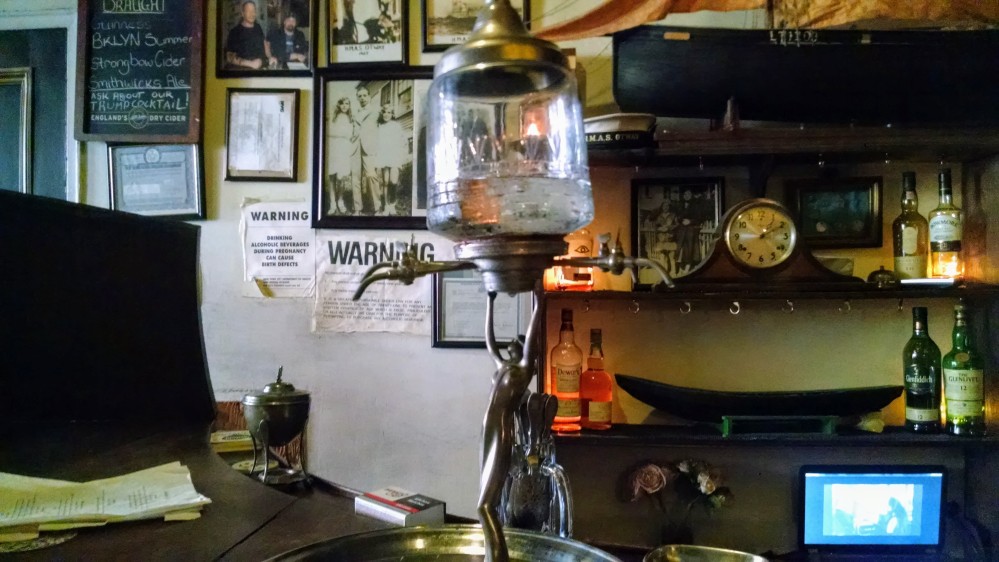