Triumphal Arch was built to celebrate the centennial of George Washington’s inauguration as the first President of the United States. 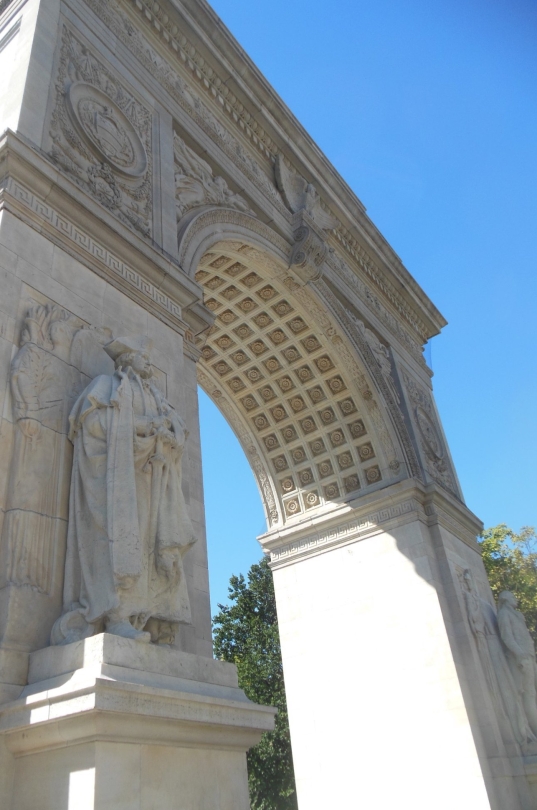 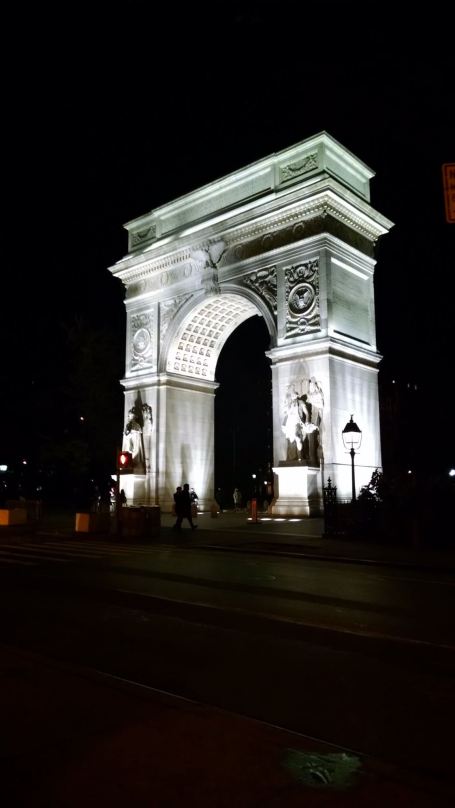 Built to celebrate the centennial of George Washington’s inauguration as the nation’s first President, the triumphal Washington Square Arch was modeled on the Parisian Arc de Triomphe and decorated by two prominent male marble figures, both representing George Washington.

On the left, Washington is a general of the Continental Army. He is flanked by Fame and Valor. On the right – Washington is the first president of the republic, accompanied by Wisdom and Justice. “Washington at Peace” was designed by A. Stirling Calder, the father of Alexander Calder, one of the most important American sculptors of the 20th century. 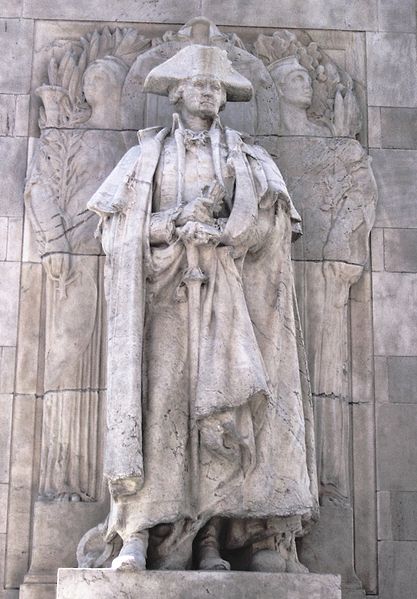 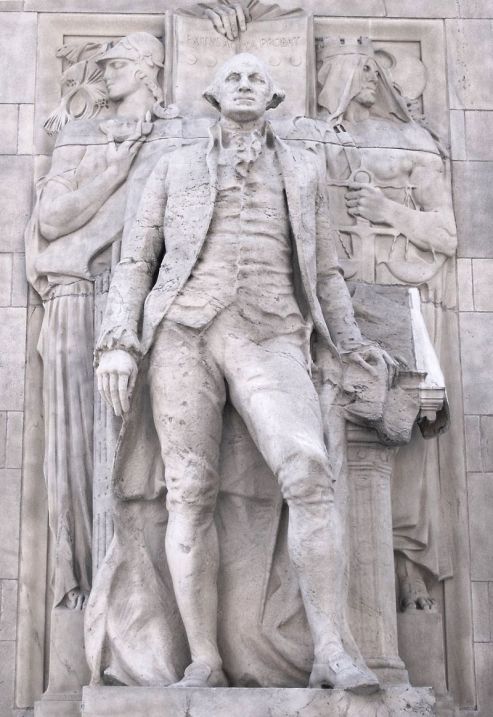 The arch was designed by one of New York’s most known and prolific architects – Stanford White. In 1889, the city commissioned him to create a temporary triumphal arch for the festivities to commemorate 100 years of George Washington’s inauguration as the first American president. Mr. White obliged by constructing an arch out of papier-mache and white plaster. The creation was such a success that he was commissioned again to make the permanent marble version. 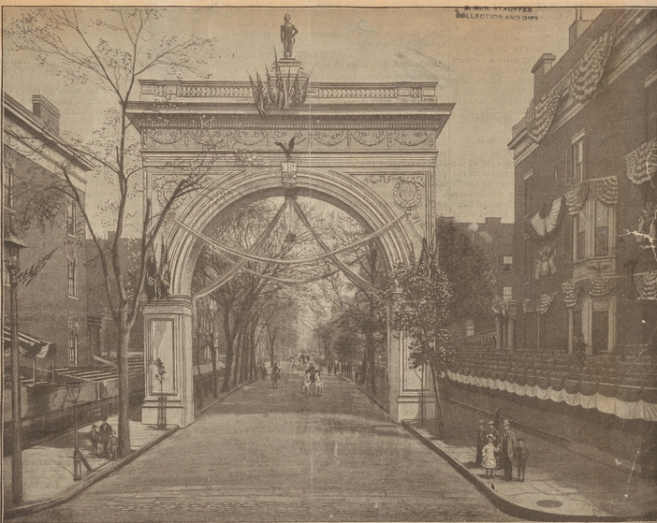 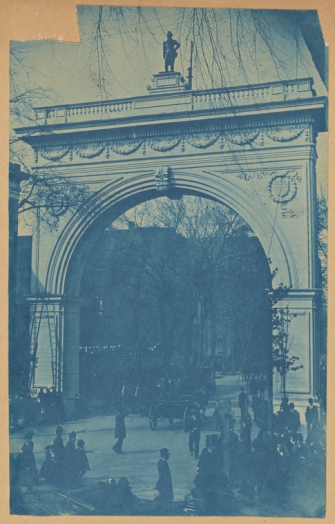 Originally it was possible to climb to the top of the arch until the notorious incident in 1917 when six Villagers, including artists Marcel Duchamp and John Sloan, climbed there and proclaimed the Independent Republic of Washington Square. They carried wine, toy guns, balloons, Chinese lanterns, and sandwiches to the top. Then they proceeded to fire pistols while reading their declaration, which consisted of only one word “whereas” repeated many times over. The final words proclaimed Greenwich Village to be a free and independent republic of Washington Square.

The Revolution of Washington Square resulted in the door at the base of the arch to be permanently shut.